The St. Elizabeth Care Team works to care for the Body of Christ by sharing the Love of God with the members of the Body of Christ. (1 Cor. 12:12-13, 27) We do this by ministering to the sick, comforting those in need, and promoting health in mind, body, and spirit.

The Care Team provides support to parish members in the following areas:

Email the St. Elizabeth Care Team or Fr. John if you or anyone you know in the parish is in need of any of these services. St. Elizabeth Coordinators (Karen Hadley, RN, and Jennifer McDonald) will arrange for assistance as needed.

Additionally, if you are able to help with providing any of these services, you can volunteer by contacting Fr. John.

Blood pressure screening and in-person education programs have been put on hold during COVID. 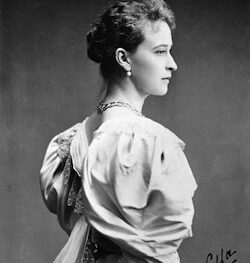 Originally Lutheran, she chose to convert to Orthodoxy in 1891 after a trip to the Holy Land, saying “I have come to the conclusion that only in this religion can I find all the true and strong faith one must have in God to be a good Christian. I feel within me that this step is bringing me closer to God.”

Elizaveta became famous in Russian society for her beauty and charitable works among the poor. In 1909, four years after her husband was assassinated, Elizaveta left the imperial court and sold off her possessions. With the proceeds, she opened the Marfo-Mariinsky Convent (also known as the Martha and Mary Convent of Mercy) in Moscow and became its abbess. She opened a hospital, a chapel, a pharmacy, and an orphanage on its grounds.

Despite opportunities to escape the threat posed to her by the new regime, Elizaveta made the decision to stay in Russia. She and other members of the aristocracy were arrested during Bright Week in 1918 and were ultimately murdered by being thrown down a mine to die. Her remains were recovered and transported first to Beijing and then laid to final rest in the Church of Mary Magdalene at Gethsemane, Jerusalem, which had been built by her brother-in-law Tsar Alexander III.

In 1981, Elizaveta was canonized as Holy Martyr Elizabeth Feodorovna by the Russian Orthodox Church Abroad, and in 1992 by the Moscow Patriarchate.