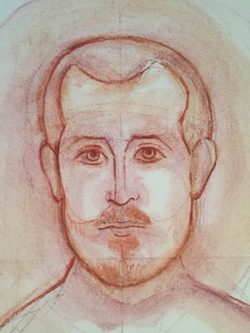 Of the three Serbian martyrs of the Iron Range, St. Teofan (Beatovich) lived the longest in northern Minnesota. He worked for the Red Cross in Minneapolis for about 20 years.

In 1939, he returned to Yugoslavia and joined a monastery in Kosiyerevo.
On Christmas Eve 1942, Communists entered the monastery and dragged St. Teofan out. They killed him and threw his body into a deep pit near the town of Vidno.

His body was never recovered, and the communist government of Yugoslavia forbade any excavation.

He was glorified by the Orthodox Church in 2004.